Can’t figure out how to remove a lock box? Don’t worry. In this post, we’ll look at a couple of different methods that you can try out easily.

Lock boxes are usually installed on places such as door knobs, railings, fences and the like. They are used to store the house keys so that realtors can enter the property whenever they want to show the place to new tenants. They can also be used in rental houses and apartments to enable the tenants to enter and leave when they need to.

Normally, lock boxes can be removed by simply entering the key code and separating the shackle. But, if you’ve forgotten the code, then you’ll need to try something different.

That is basically what we’re going to be helping you out with in this post.

How to Remove a Lock Box: The Steps

We’re going to be looking at three different ways in which you can remove a lock box from its place. Depending on the spot that your lock box is fixed to, any one of these three methods can be used.

1.  Disassemble the Point of Attachment

The first method that you can try to remove the lock box is to simply disassemble the part or object to which it is attached. As compared to the other steps that we’re going to be looking at, this method to remove a realtor lockbox is probably the easiest and most hassle-free.

We mentioned earlier that these types of lock boxes are usually placed on places like door knobs and railings etc. If the lock box is attached to a railing, fence or grille, then the disassembling process can be simple and straightforward, albeit time-taking. You may even have to call a handyman for the job.

This applies, of course, if the railing, fence or grille is made up of multiple parts, and is not a single welded piece. If the latter happens to be the case, then you won’t be able to ‘disassemble’ it. Don’t worry though. You can try any of the other two methods on ‘how to remove a lock box’ that we’re going to be listing below. 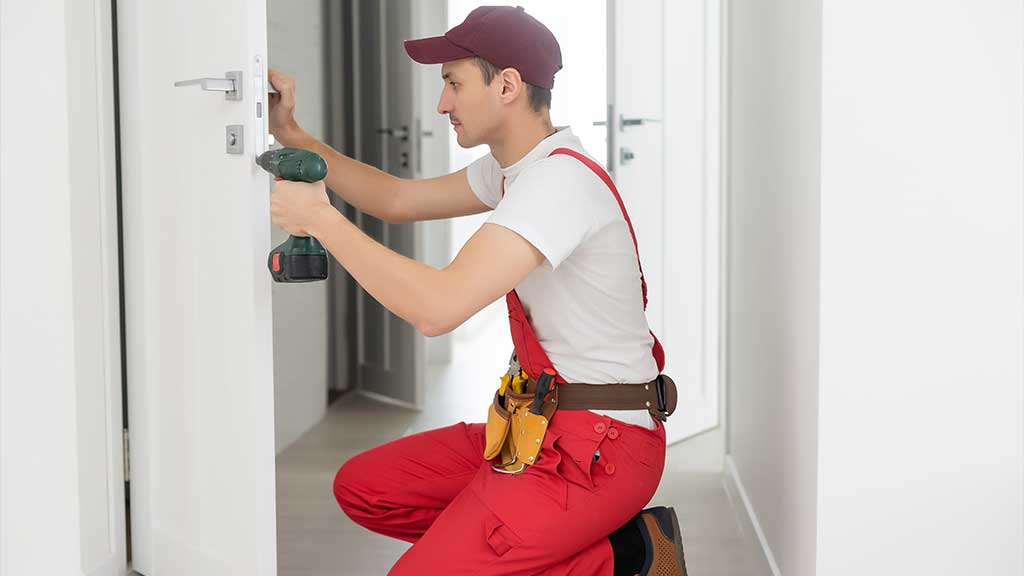 Although it is possible and viable to use things like railing and grilles for attaching a lock box, it’s not very common. Usually, the lock box is placed on the doorknob of the front door of the house. And fortunately, disassembling a doorknob is quite easy. Let’s take a look at the exact steps that you can follow to remove Master Lock lockbox from door (or any other brand, for that matter).

The good thing about doorknobs is that they can only be taken apart if you have access to the ‘inner’ side of the door i.e., the side inside the house. You don’t have to worry about any intruders taking off your doorknob from the outside. But, since you will have access to both sides of the door, this is an excellent way to remove a lockbox without the code.

With that said, let’s move on to look at the steps that you can follow to take apart a doorknob. 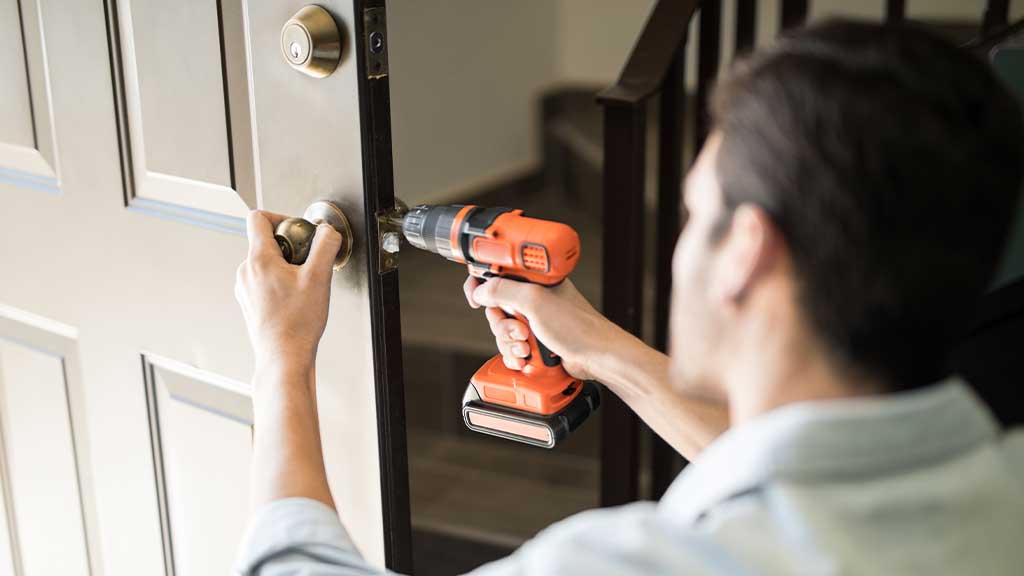 And once the doorknob has been removed, the lockbox will also be easily removed. The whole procedure is easy and simple. Even if you don’t know any other methods on how to remove a lock box, you can try this one out without any trouble.

If you cannot disassemble the point of attachment, you may have to cut the lockbox off. To cut off a lockbox, you can use a pair of bolt cutters or a reciprocating saw. Using bolt cutters is the cleaner option, but it can be difficult if the lockbox is particularly tough.

You can do this yourself if you have the tools at hand and if you’re confident that you won’t damage the door/railing in the process. If you’re not, you can always call a professional to do it for you.

That wraps up the second solution on our ‘how to remove a lock box’ guide.

3.  Call a Professional Locksmith to Pick the Lock

This is also a viable method that you opt for to remove a Shurlok lock box. If you can’t disassemble the point of attachment and you can’t afford to cut the shackle either, you can simply call a professional locksmith to pick the lock for you. 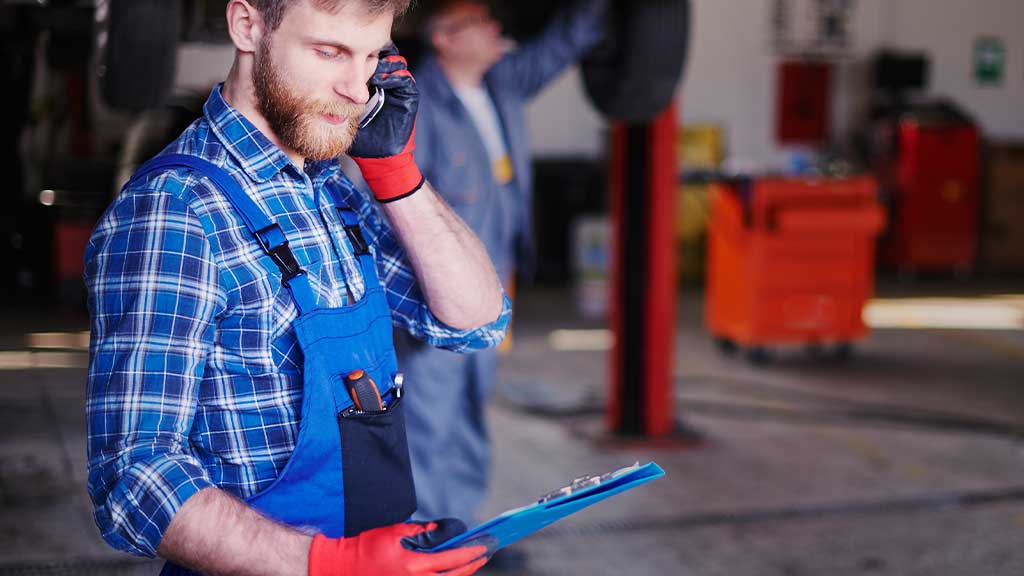 Of course, this depends on the type of lockbox that you are using. Smart lockboxes that use key codes are not pickable. But then again, since smart lockboxes are ‘smart’, they won’t probably give you any issues in the first place. You can simply use an app to set or get a new code for the box and open it whenever you want.

Combination lockboxes, on the other hand, can be picked by a professional. If you can’t figure out how to remove a lock box by picking it, you can simply call an expert locksmith to do the job for you.

And that wraps up our guide on how to remove a lock box.

The safest and cleanest method to remove a lockbox is to simply disassemble the point of attachment i.e., the doorknob (in most cases). This basically enables you to keep the box intact so that you can use it later on.

You can also try cutting the box off altogether, but this will render it useless for future use. This method should only be used as a last resort.

Calling a professional to pick the lock can also work if you want to remove a Kidde lock box from your front door.

1.  How to Remove Shurlok Lock Box?

You can remove a Shurlok lock box using any of the three methods mentioned in the post above i.e., by disassembling the doorknob, cutting the shackle or having the lock picked.

If you don’t know how to remove a lock box or if you haven’t done anything like it in the past, you can simply call a professional to take care of it for you.

Kidde lock boxes are easy to remove since they are mostly mechanical. You can get a professional locksmith to pick them for you, or you can use any of the other methods that we’ve mentioned in the above post.

3.  How to Remove Keysafe Lockbox?

Keysafe Lockboxes usually work with a key code that you have to enter. Since they are not combination locks, they can be a little difficult to pick. However, you can try the other methods i.e., cutting and disassembling, that we discussed above.

If you’ve lost the key to your lock box – and there is no other way to open it using a code or a smartphone etc. – then you will have to get a professional locksmith to pick it.

5.  How Do You Unlock a Realtor Lock Box?